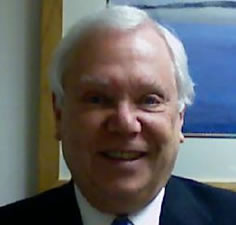 MARVIN L. SCHECHTER, founding and managing partner, has been with the firm for over 40 years. Mr. Schechter is a graduate of the City College School of Technology, where he received a Bachelor’s Degree in Civil Engineering; and Brooklyn Law School where he received a Juris Doctor degree. He worked as a civil engineer and designer for a consulting engineering firm and then as a technical editor for the American Society of Civil Engineers. After his admission to the bar, he formed his own law firm specializing in construction litigation – and later joined with Richard Tunstead to form Tunstead & Schechter. Mr. Schechter is admitted to practice before the Federal and State Courts of New York and the United States Court of Federal Claims. He has a wide range of experience performing legal services for a cross-section of the construction industry, lectures regularly to contractors and management groups through the country, and has taught construction law at New York University and the City College School of Technology. He has authored a monthly legal column in Construction Magazine of the Associated General Contractors of America and has had articles published in other leading legal and construction periodicals. Mr. Schechter is a Life Member of the American Society of Civil Engineers. He performs legal services exclusively in the construction field in the areas of contract litigation, mediation, arbitration, negotiation, analysis of construction claims and surety law.