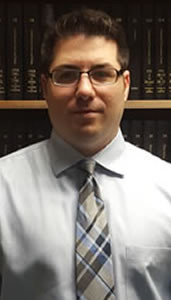 MICHAEL MATTIA, Associate, specializes in the areas of construction law, surety law and commercial litigation and has been with the firm since 2010. He received his Bachelor’s Degree in Politics, Philosophy and Law from SUNY Binghamton and his Juris Doctor degree from Hofstra University School of Law, where he was a merit scholar recipient. He interned in the decision department of the Appellate Division, Second Department. He has worked on extensive motion practices involving complex construction issues including breach of contract, wrongful termination, extra work, delays, acceleration, defective materials, changed conditions, latent defects, design errors, constructive abandonment, payment bonds, performance bonds, for both plaintiffs and defendants, on both public and private construction projects. He recently assisted in a trial that resulted in a multi-million dollar verdict in favor of a large contractor.